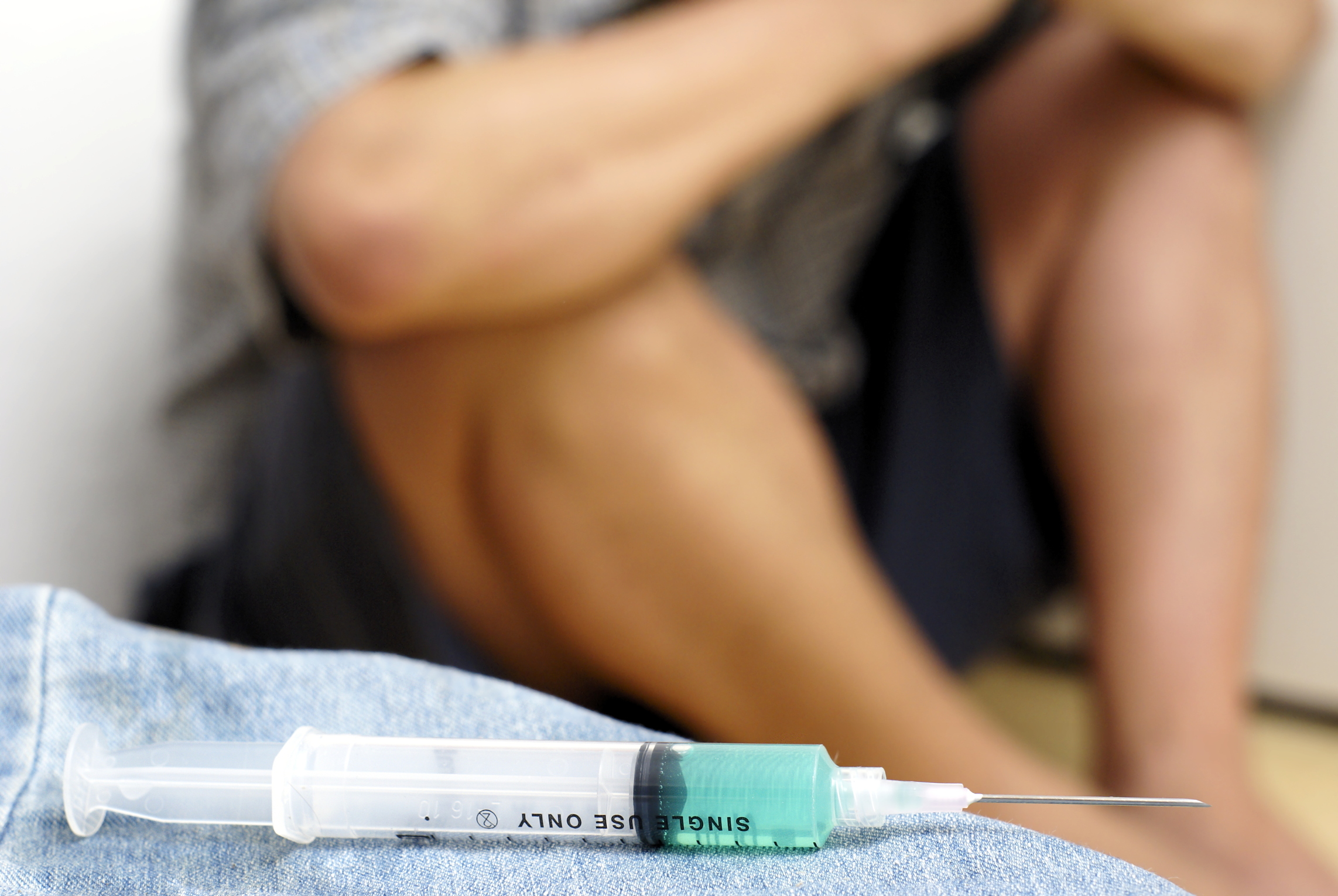 It is widely accepted that addicted people and their loved ones find it extremely difficult to move from dysfunctional to functional and mutually rewarding relationship patterns. Relationship conflict is also a trigger for many a relapse. Simple tools for managing relationship change can therefore play an invaluable role in helping recovering people and their families to avoid falling back into old relationship patterns involving power struggles, blame, exploitation, ambiguity and mutual manipulation. Here I present a simple framework that can help clients and their families identify when they are falling into old dysfunctional patterns, that also provides pointers to help escape from them. As therapists, this tool can also help us to monitor our way of relating to clients and to colleagues in our treatment teams.

The drama triangle was developed many years ago by psychiatrist and Transactional Analyst Stephen Karpman 1, who collaborated with Eric Berne who is famous for identifying and intricately describing the “Games that People Play” in relationships. In the course of more than twenty years of working with family members of addicted people, I have found the Drama Triangle to be one of the simplest and most powerful tools to both raise new levels of awareness about enabling behavour, and motivate change in this behaviour. Of course some clients are consciously and unconsciously deeply invested in their roles, so one often has to work with the underlying dynamics before change than occur. This tool can also be very usefully applied in understanding and exploring interactions between patients in therapeutic groups or therapeutic communities, as well in supervision with counselors and their clients.

The “map” consists of three interactional roles or positions, each occupying a point on a triangle, as follows:

Most people who have anything to do with addiction (ie addicted people themselves, their significant others, and those who work with them) tend to have been conditioned into taking one of these role positions as their preferred and familiar relationship style. These role behaviours and the beliefs and feelings that accompany them then tend to become entrenched and self-perpetuating over time. They have often become the essence of the client’s identity so that people can spend most of their relationship lives chronically stuck in moving between these different dysfunctional role positions. Let’s explore each one of them:

The behaviour of the Persecutor is characterized by criticizing and judging others; they may control or limit others in unnecessary ways. They adopt a blaming and punitive (“I’ve written you off”) attitude to those who fall short of their perfectionistic expectations. One of the contributors to the AA Big Book describes this attitude as follows: “I was the chief critic….always able to see the flaw in every person, every situation. And I was always glad to point it out, because I knew you wanted perfection, just as I did” 2

The inner feelings that drive them are of anger at the world for feeling hurt (they have felt victimized), and a deep rooted but hidden fear of being hurt or exploited again.

The underlying belief system is that the world is a hostile place, filled with people who are out to “get them.” They therefore protect themselves by means of an attitude of “I’ll get you before you get me.”

There are usually a few past and present characters in the addict’s life who fill or are seen to fill this role. They struggle to take responsibility for the impact of their hostile behaviour on others, preferring to stay stuck in blame.

The way out of the triangle for the habitual Persecutor is to acknowledge their sense of hurt and anger, and to moderate their perfectionistic expectations of themselves and others. The same contributor from the Big Book says: ….my serenity is inversely proportional to my expectations. The higher my expectations of Max and other people are, the lower is my serenity”3 In order to change, Persecutors may also need help to develop a capacity for self-empathy and empathy for others 4. (“Counter-dependency” Recovery).

The Rescuer is the classical co-dependent enabler who compulsively cares for the legitimate and narcissistic needs of others, rescuing and protecting them from the consequences of their own choices, and offering all manner of advice. They often play the role of “hero” in the family, community and at work, but are relatively incapable of fulfilling their own needs or looking after themselves.

The inner feelings that drive the Rescuer are fear of abandonment or insignificance, hidden shame and inadequacy, and they have an intense need to be acknowledged – hence their stoic efforts.

Their underlying belief system is that their own needs don’t matter, and that the survival of their relationships depends on meeting the needs of others. Their role therefore requires a “Victim” (very often an addicted person) who they see as incapable of handling life or solving their own problems.

The way out of the triangle for the perpetual Rescuer is to become healthily self-focusing, work on their self-esteem, and take responsibility for their own well-being, which includes asking others for help to fulfill their needs. They also need to develop sufficient respect 4 for others to allow them to learn from their own choices. (Co-dependency recovery)

Habitual Victims present themselves as helpless and incompetent. They seek other “stronger” people to help them make decisions or deal with situations that they “can’t” handle themselves. They often use somatic complaints to justify their helplessness and dependence on others.

Inside they feel anger at the wounding they feel they’ve received from the perceived Persecutors in their lives; they feel hard done by, self-pitying, entitled and helpless.

Their belief system tells them that they are too damaged or helpless to ever change, or too incompetent to succeed at anything. In order to perpetuate their way of being, they seek out those who are willing to fulfill the demands of Rescuers. If their would-be Rescuer changes or refuses this invitation, they will move on to another relationship until they find a willing “player” in the Game.

The way off the triangle for the habitual Victim is to own and address their anger, learned helplessness and sense entitlement, and to take responsibility for their choices and actions.

In facilitating a shift in these roles, the counsellor may need to draw on a wide range of therapeutic skills. The dynamics of the roles and the process of healing are far more intricate than can be summarized in this short article. (see References for further information).

No-one stays in any one role of the triangle indefinitely, and the never-ending cycle of the Drama Triangle ensures that everyone gets a chance to be the Victim, however determined they are to avoid it. So an entitled Victim will usually reach the stage when they take the Rescuer’s “giving” for granted and demand more and more without giving any appreciation in return. (Persecutor-Victim). The Rescuer then becomes the Victim – instead of receiving the acknowledgment they crave, the now sorely wounded Victim-Rescuer is Persecuted for their efforts! The Rescuer’s wounding may then become anger, which triggers angry withdrawal (Persecuting) from the Rescuer, triggering more manipulative Victim behaviour from the Victim until the Rescuer (now the Persecutor) starts to feel guilty and “relapses” into the Rescuing role.

The Persecutor similarly becomes the Victim when a Rescuer and Victim gang up on them, as usually happens in families where there is an addiction. The Persecutor then finds himself out in the cold, isolated from the Rescuers and Victims. This confirms their belief that the world is a hostile and unfriendly place, where no-one understands them (the Victim-Persecutor).

A very common dynamic occurs when someone chooses to get off the triangle, and clients need to be prepared and supported accordingly. When someone chooses to get off the Drama Triangle and take responsibility for themselves and their lives, and treat others as equals who are capable of doing the same, they may be labeled as the Persecutor or “Bad Guy”5. Frequently the healthiest members of addiction-saturated families find themselves cast in this isolated role because they have given up trying to control or rescue others.

It can be a powerful source of “awakening” for family members to identify their specific role behaviour, see how they have been recruited into taking on these roles, and to acknowledge how they (Rescuers and Persecutors) have opposed and undermined each other. When they see that this allows the addicted person to slip through the gap created by their “warring” with each other and avoid accountability, they may become willing to change their role behaviour. Their shared task then becomes one where they need to develop new and effective “non-Drama triangle behaviours” (see above) in order to remove themselves from the position of Victims of the addiction. They need to support each other in re-defining rules of accountability and enforcing healthy boundaries and expectations of the addicted person.

IN GROUPS AND THERAPEUTIC COMMUNITIES

Patients will reveal their more or less habitual roles quite quickly in the group and community context, especially when a group is going through the stage of jockeying for power. It can be very helpful to educate clients about these roles and help them identify them as they emerge in the group or community. They will usually need coaching or counseling to change these behaviours and integrate new ones.

On another level, we can work with all three of these roles as they play themselves out internally within a client. 6 I find it extremely effective fruitful to work over time and different real life situations with “subpersonalities”7 such as the “Inner Critic” or the “Poor me” subpersonalities and do “inner-family” work with these inner characters. As the work unfolds virtually any client can identify hidden healthier subpersonalities that have the potential for liberating them from the Drama Triangle.

Firstly, when working with individual and group supervision, the triangle can be fruitfully applied to explore the dynamics between an individual counselor and client. Secondly, when there is disagreement or conflict in a team about the management of a client, it is equally useful as a tool for exploring the intra-team dynamics that occur when different members of a team have different countertransference reactions (eg as often happens with a “Borderline” client).

4 Brooke M The “Cycle of Compassion”: A way out of the tangled web of trauma and dissociation